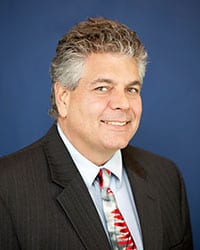 Anthony D. Linson received his Bachelor of Arts Degree from Southern Illinois University at Carbondale in 1987 and his Law Degree from St. Louis University in 1990.  He immediately began private practice in St. Charles County as a Trial attorney with a general practice including family law, personal injury, juvenile, criminal and traffic law.

For 26 years, Tony Linson has been appointed by the court as a Guardian Ad Litem in St. Charles County representing children in complicated domestic litigation and juvenile matters.  He is also a Certified Domestic Mediator providing mediation services to individuals and to the Court on appointed cases.  In 2010, he was elected by his peers and appointed by the Court as a Special Master to the St. Charles County Family Court.

With his experience, he has been a speaker at several Division of Family Services training sessions as well as a lecturer at Continuing Legal Education seminars on Juvenile and Family law for his fellow lawyers.