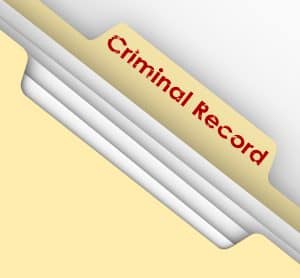 The Missouri legislature has approved a landmark bill relating to the expungement of criminal records. Governor Jay Nixon recently signed Senate Bill 588, which will modify provisions relating to petitions for expungement of criminal records. This Bill, which takes effect on January 1, 2018, is a massive win for former criminal offenders who are looking to move on with their lives without the stigma of a criminal conviction plaguing them.

Missouri’s current criminal expungement laws are very narrow and allows for the expungement of very few criminal offenses such as passing a bad check. As a result, many former offenders have been unable to do anything about their criminal records. Further, current law requires that a person wait 20 years for a felony and 10 years for a misdemeanor before being eligible to file an expungement petition. This restrictive law has been a massive burden for those who are looking to put the past behind them as many employers perform criminal background checks in the state of Missouri.

So how is the new criminal expungement law different?
The new expungement law is probably more accurately referred to as a “record sealing law.” Current law in Missouri provides that once a petition for expungement is granted by a judge, the records of the arrest are to be destroyed. The new law provides that the records relating to the offense shall be closed. The distinction between the two is that by being sealed as opposed to destroyed, the records are still preserved and can therefore potentially be used as proof of prior criminal history if the person commits another crime. That being said, there are also huge benefits to the new law such as:

Are there criminal offenses that I can have expunged now?

The most common crime that is currently eligible for criminal expungement right now is Driving While Intoxicated (DWI). Generally speaking, if you were charged with a DWI and it has been more than 10 years, and you have no subsequent alcohol related offenses, you may be eligible for a DWI expungement. Click here for more information or contact a skilled DWI lawyer at The Lampin Law Firm at (636) 229-9999.

Overall, SB 588 may potentially provide relief for thousands of former criminal offenders. While the law doesn’t take effect for another year, it still represents light at the end of the tunnel for a lot of people looking for a fresh start.

How much is my car accident case worth?

If you’ve been involved in a car accident, especially a serious one, money will initially be one of…

How are my medical bills going to get paid after a crash?

A Missouri car crash may not just disrupt your day, it could change your life. The injuries that…