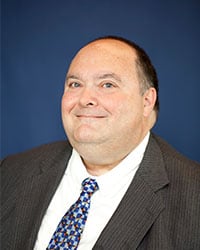 Ross Buehler is a legal advocate in St. Charles County where has practiced for over twenty-five years.  Ross began his legal career as an Assistant Public Defender representing indigent persons charged with serious felonies in St. Charles, Lincoln, Warren and Pike Counties. After four years with the Public Defender, he entered private practice with the St. Louis County firm of Shaw, Howlett, and Knappenberger, where he had the honor of and privilege of working with the renowned criminal defense attorney Charles M. Shaw.

He was the lead attorney in the prosecution of Brian Stewart, who was convicted of injecting HIV into his infant son.

Mr. Buehler graduated from the National Associations of District Attorney’s Career Prosecutor Course and he has completed numerous national courses involving forensic evidence and courtroom advocacy.  He is also a graduate of the prestigious National Institute of Trial Advocacy’s (NITA) Master Advocates Program.

Mr. Buehler joined Lampin, Kell, Fagras, Linson, Buehle, and Chandler in 2005 and remained with the formation of the Lampin Law Firm in 2016.  He currently represents people charged with criminal offenses including DWIs, municipal offenses, misdemeanors, felonies, federal crimes, juvenile cases and with criminal expungements.  He is attentive to all aspects of the criminal case including pre-trial motions, trial work, plea negotiations and sentencing advocacy.

With his vast experience handling domestic violence and child abuse cases as a prosecutor also represents clients in Family Court and he is also a credentialed Guardian ad Litem in St. Charles County where he represents children in domestic cases where there are allegations of abuse and neglect.

He also defends debtors against the credit card companies in collection cases.

Mr. Buehler is a graduate of Wartburg College and the Drake University Law School.  He has been admitted to practices in the State of Missouri and the United States District Court of Eastern Missouri.